What a delight to hear, listen to and enjoy this programme of music and readings. On this occasion, The Elgar 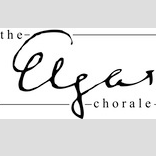 Chorale was joined by their Patron, Sir Roy Strong, together with Gabrielle Bullock and Tim Watson and musicians Peter Shepherd (piano) and Ben Muirhead (double bass). To celebrate the 400th anniversary of the death of Shakespeare, Musical Director, Piers Maxim, chose choral music spanning over two centuries. Sir Roy opened the concert with “Ode to Shakespeare” by David Garrick. We were then treated to a selection of five Shakespearian songs set to music by William Mathias. These ably displayed the choir’s strength in producing a variety of timbre, ranging from lively, energetic singing through expressive and lyrical, to colourful and exciting. The virtuosic accompaniment was superbly played.

Sir Roy and Tim delivered an amusing dialogue: “William Shakespeare” by John Aubrey which led into Three Shakespeare Songs by Parry and arranged by Piers Maxim. These were well performed and showed a balanced and lovely sound with expression and carefully managed dynamics. The piano accompaniment was handled with great sensitivity by Peter, who then moved to the organ to play four movements from Walton’s “Henry V Suite”. He found some excellent registration to display the character of the different of the different movements, which were played with panache.

The “Three Shakespeare Songs” by Vaughan Williams are arguably amongst his most beautiful and settings for voices. They are demanding on many levels and the choir coped well with chording, intonation, harmonic shifts and ensemble. Gabrielle’s interpretation of “Giving Notes” was hilarious and very true to life! The first half closed with Rutter’s “It was a lover and his Lass”. This had a laid back, jazzy feel to it and Peter was joined by the excellent bass player, Ben Muirhead.

Two part songs by Pearsall were nicely phrased, well balanced and displayed sensitivity and musicality. Our three readers gave a humorous rendition of “Pete the Parrot and Shakespeare”. Moeran’s “Two Songs of Springtime” were neatly phrased, lyrical and flowingwith well controlled dynamics. Peter used Noble’s “An Elizabethan Idyll” to explore a wide range of colours on the organ and it was a delightful, impeccable performance. An extract from ” Midsummer Night’s Dream” complete with four charming fairies – Amelia, Abigail, Jemima and Florence Maxim -proved to be one of the dramatic highlights of the evening.

The choir followed this with Two Elizabethan settings by Charles Wood. Here was exceptional singing, with well-balanced, nicely phrased and carefully managed dynamics. “Music to Hear” by Shearing provided a wonderful conclusion.

As always, the internationally acclaimed Piers Maxim inspired, encouraged and skilfully drew out the best from his choir. Peter and Ben provided excellent accompaniments / solos. The evening closed with a Valedictory by our three outstanding readers and the large, enthusiastic audience showed their appreciation with a long and well-deserved ovation.

Go all Bavarian with our @Elgar Chorale chums in SpringThe concert date is getting nearer and it’s going to be a great evening.
Elgar’s “From the Bavarian Highlands” will really help lift those winter blues.

The concert date is getting nearer and it’s going to be a great evening.
Elgar’s “From the Bavarian Highlands” will really help lift those winter blues.